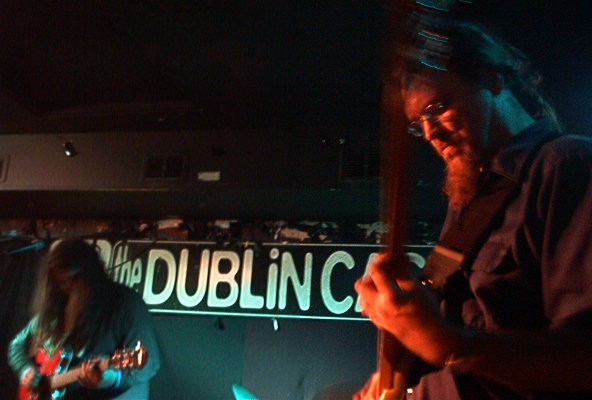 Review and photos by Uncle Nemesis

Kiss The Frog, tonight’s headliners (if a gig at which all the bands are more or less level-pegging in terms of profile can be said to have a headliner) are apparently winding up an extensive European tour. They’re a wiggy art-rock psychedelic experience from California, and you can almost tell where they come from simply by looking at their clothes. The bass player’s wearing beige slacks and burgundy loafers. He looks like he’s just stepped off his yacht. Very laid-back. 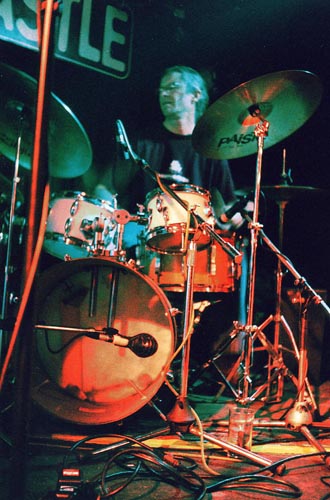 The music is mostly instrumental – long, looping workouts that unfurl and curl back on themselves. The bass is nimble, dancing all over the drums, which themselves jump around all over the place but still somehow keep the beat rock-solid and pushing forward. Over all this, great shuddering slabs of distort-o-guitar arrive like gatecrashers at a party. The band use about a squillion effects pedals, and sometimes they just seem to play the effects: the sounds are in the effects loops, going round and round, then out to the Theremin, and back again. Ah, yes, the Theremin. This is Kiss The Frog’s secret weapon: played as a lead instrument, via all those effects pedals, it whoops and buzzes and shrieks like a whole army of fuzzed-out guitarists. 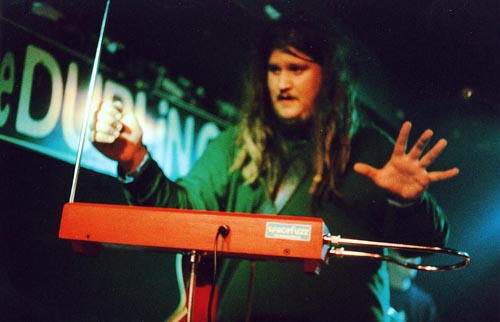 The band seem to have attracted some fans from somewhere – they all look like Zonker in the Doonesbury cartoon strip – but mostly they’re playing to a mix of goths and indie kids, all of whom, I’d guess, are utterly unfamiliar with the music. And yet, the room is captivated, and when the final song fades out in a fuzzstorm of effects, the applause is tremendous. I’m left feeling that maybe I should’ve got into the Grateful Dead after all. Dammit, this stuff is good.